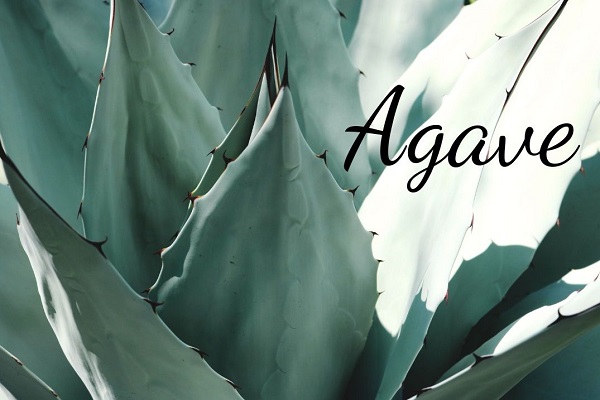 Agave (Uh-GAH-) is a genus of about 200 species of succulents native primarily to Mexico and the southwestern U.S. They are found growing wild in deserts, as large ornamentals in gardens and agriculturally as a source of food, and the highly versatile sisal fibers used in making rope, paper, cloth many products. Some agave species have very intriguing edible, imbibable properties. They are the source of a super sweet honey-substitute, and Agave tequilana is the source for Tequila. Read on to learn all about agave plant care.

All About Growing Agave

This handsome, structural plant forms large rosettes with little to no stem, and a diameter that reaches from 1-20 feet. Most, like this Agave shawii, have long, sharp spines at the terminal point of each leaf, and often  their leaf margins. These spines are often a contrasting color, and when backlit by the sun, they seem to glow. Agaves make a dramatic, architectural statement in the garden.

Agaves typically grow in shades of blue, green and silver, though some have wonderfully variegated foliage with a creamy yellow added to the color mix.  In the garden or large containers, a single agave makes a striking focal point.

Agaves thrive in full sun, all day long. Where summer temps are extremely hot, they can e partial shade and still perform well. Like most succulents, agaves are very drought tolerant and need gritty, fast draining soil, whether planted in the ground or in large pots. Once established, they will do well with natural rainfall. Supplement drought periods without rain by watering every 2-4 weeks. Be sure the soil dries well between waterings.

Agaves will thrive it a wide range of extremes, from scorching heat to frost, high winds, drought nutritionally poor soils. All are perfectly adapted to a mild winter, Mediterranean climate, though some are cold hardy.  Agaves are incredibly easy to grow and problem free, with the exception of a single, devastating pest. More information about the agave snout weevil, and how to prevent it, below.

Spikey Agaves Are Not Cactus

Many species of agave have ferocious spikes on their leaves. They should not be planted close beside walkways, or where pets or small children are likely to play with them. Also, agaves are somewhat toxic if eaten, so take that into consideration with your pets. Agaves are not cactus, however their spikes do perform the same functions as the spines of a cactus. Agave spikes:

As agave develop, opening from a tightly furled bud, the spines of the outer leaves imprint lasting impressions on the inner leaves. These scalloped “bud imprints” can be quite decorative and intriguing.

Though most agave species do have fierce spikes, some are completely thornless. These agave varieties are said to be “unarmed”.  Interestingly, when you consider the functions performed by the thorns, unarmed agave can tolerate much more shade than the spiny varieties.

Thornless agaves make for wonderful border and are relatively safe use near walkways.

Agave flower spikes are enormous, towering well above the plant, with long-lasting blooms that are highly attractive to pollinators, including butterflies, hummingbirds bats.

Several agave species are grown as agricultural crops for several uses. Agave tequilana, the blue agave, is the source of tequila. Several species produce a super sweet nectar marketed as a substitute for sugar and honey safe for diabetics. While agave plantations are large and modern, the plants are still harvested by hand, by growers who have passed the  of the plants down through generations.

Although most agaves won’t tolerate a hard freeze without damage, some, like the lovely Agave victoria- exceptionally cold hardy and thrive despite winter snow and sleet.  The Queen Victoria agave is also an excellent choice for containers. It grows just 18″ in diameter, with fetching white stripes down the smooth leaf margins and small terminal spines.

The agave snout weevil is a nasty, little black beetle just 1/2 inch long that can take out a mature agave the size of a VW bus. These are slow-moving pests that thankfully cannot fly. But they are hard to see on your plants because they hide in the soil and between the leaves at the base of the plant. Often, your first indication that you have snout weevil is the complete collapse of your beautiful plants.

The most likely way for snout weevils to enter your garden is in the soil or the leaves of a new agave plant. Take the time and care to closely inspect any agave before you plant it. Remove all the soil from the roots, and carefully wash the roots in a tub before planting. That way, any grubs or adult weevils will wall into the tub, rather than your garden soil or container. Then, carefully look at the base of the leaves and between the leaves for any sign of penetration. Remove and destroy any larva or beetle you find.

Some agave species are highly resistant to the dreaded snout weevil, including Agave , Agave , Agave ‘‘, Agave and the lovely Agave victoria- described above.

Prevention is the key to protecting you agave from snout weevil damage. Always inspect new plants as described above. And take action now, today to protect any agave you own.

To protect your agave plant, and to prevent snout weevils from moving in, apply a generous top-dressing of worm castings. This organic fertilizer provides vital micronutrients to your plants, but more importantly, infuses them with chitinase, an enzyme that breaks down the insects’ exoskeleton.  Worm castings are an excellent fertilizer and insect repellant for all your succulents. Don’t wait for signs of agave snout weevil on your established before adding worm castings. Once you see weevil damage, it is likely too late to save that plant.

Agaves are magnificent, east to grow succulents that make an architectural statement in your garden. Choose your agave to suit your climate. Examine it carefully, then plant and enjoy the drama for years of carefree beauty.

If you have any questions about growing agave, please leave a comment. I’ll be happy to answer it. Please note, there will not be a new succulent post until Tuesday, January 8th. I’ll miss you! Have a wonderful holiday, and I’ll see you in the New Year!